If you own shares in the Walt Disney Company, you can spend an extra $50 to buy a fancy paper stock certificate. But there is an important disclaimer on the website where you buy the certificate: “Please note: This is a decorative item being sold, not a valid, negotiable share.”So you can frame your stock certificate and hang it on the wall, but it has no value whatsoever. 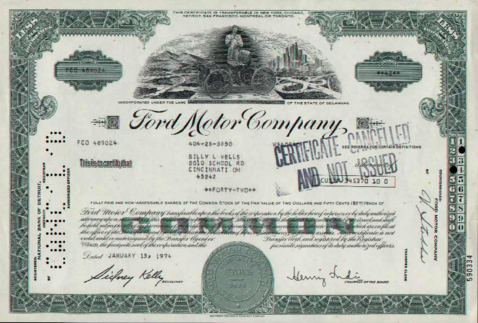 Public companies have essentially done away with paper stock certificates. But surprisingly, private companies still haven’t. As we have pointed out earlier, there is no reason why private companies can’t save a lot of time and money by issuing shares electronically.

There are three ways to legally issue paperless shares:

Some would have you believe that there is only one way to issue electronic shares, and that you have to pay money for it. But that’s just not the case.

The truth is that you can legally issue electronic shares for free with just a spreadsheet. However, spreadsheets are painfully inadequate when it comes to actually managing your cap table (or shareholder and stock register). That’s why we built IBBT Securities BlockLedger.

What is “Digital” or “Electronic” Stock?

Before we dive into the details, let’s define what we’re talking about. Digital or electronic stock is simply ownership in a company that is represented on an electronic stock ledger of some sort. Electronic stock can include the following types of equity or near-equity securities:

All equity management systems (paper-based or electronic) will need to have the following elements:

If you issue your stock using paper, you will notify shareholders via physical stock certificates or paper agreements. You typically manage your shareholder register in a spreadsheet.

When issuing electronic/digital shares, you need to decide the right approach for your company.

According to U.S. law, there are two ways to represent stock: certificated and uncertificated. Those are fancy-sounding words, but really they just refer to how a company chooses to evidence ownership of stock.

Certificated shares are shares evidenced with a paper stock certificate (traditionally this is just a piece of paper with important details about the shares). Whoever holds the “certificate” has physical evidence of ownership.

The chart below shows all the ways private companies can issue stock and where they fall within the certificated vs. uncertificated designation. 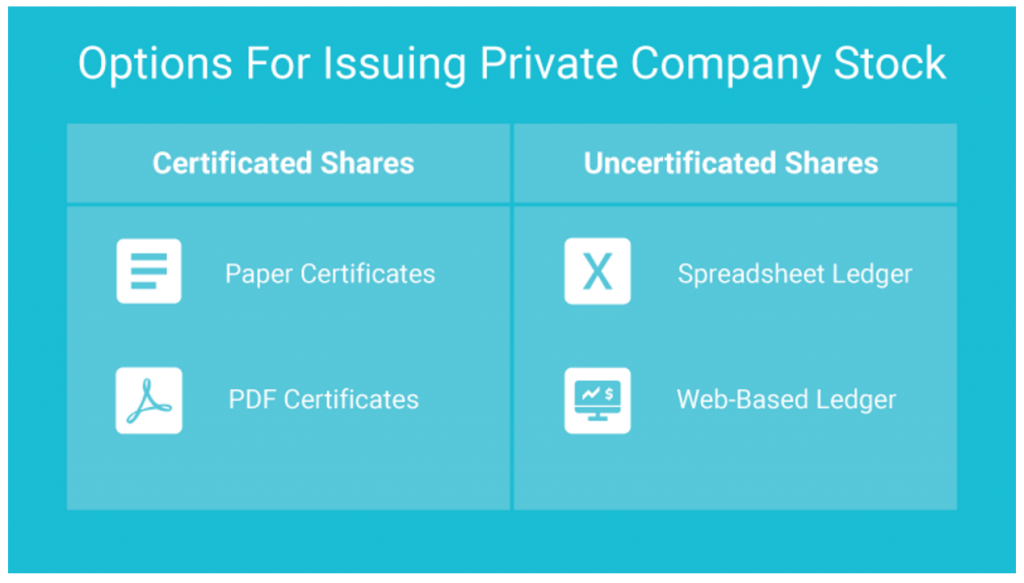 The legality is well established for both categories of shares.

On the other hand, all 50 states in the United States (and many other countries) have laws that recognize uncertificated shares as a perfectly legal option. In some cases, it is the preferred method for share issuance.

The Limitations of Paper Stock Certificates

Paper may have had some advantages in the past, but the entire world is moving away from paper-based processes. The movement toward uncertificated and paperless shares is called “dematerialization.”

Public companies have offered uncertificated shares for decades and the current trend is to completely eliminate any paper certificates (see the letter below from Morgan Stanley). 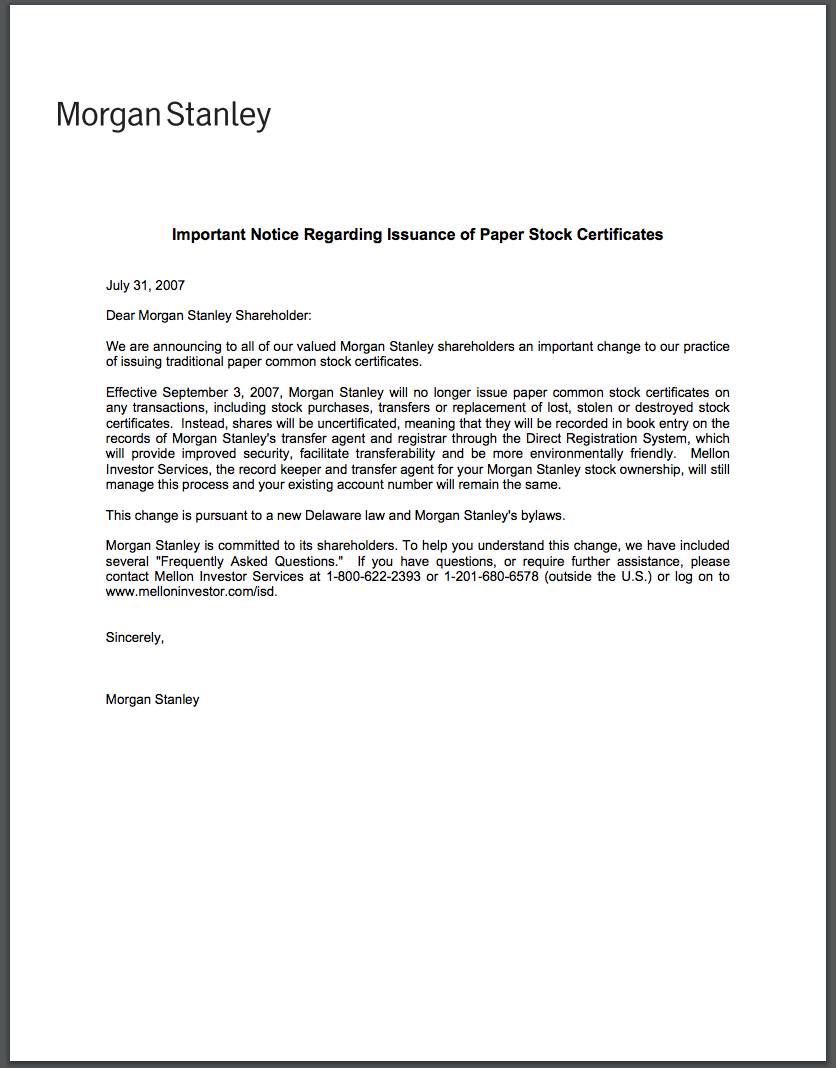 Surprisingly, the majority of non-LLC private companies that issue stock still use paper certificates. Most LLCs have been using uncertificated shares for a long time.

Paper stock is rapidly becoming a thing of the past as web-based systems offer private companies an easier and less expensive option. When combined with a suite of productivity and compliance tools, web-based software becomes a no-brainer.

The result is a sea-change of private companies looking to issue shares without paper stock certificates.

What is The Best Way to Issue Electronic Stock?

We’ve outlined three ways to issue shares electronically. Which option is best? Why might you choose one method over the other?

Here’s a breakdown of each approach and what factors you should consider.

This approach gives you a digital copy of a paper stock certificate stored on a server somewhere. Because this option typically involves web-based software, it has many advantages over a purely paper-based solution

However, using traditionally electronic certificated shares has some important drawbacks.

First of all, the legal precedent for these shares is not firmly established. This is a new approach to stock certificates that has not officially been ratified by the courts. Proponents generally rely on the fact that existing laws don’t specifically preclude the use of electronic certificated shares.

Second, because the legal precedent is not firmly established, these securities may need to comply with the legal requirements of both uncertificated and certificated shares which could impose an additional burden on the company.

Finally, the existing technologies that exist on the market for this approach often require companies to physically gather all their existing paper stock certificates and then re-issue them as electronic certificates.

This means tracking down former employees and random shareholders, then getting them to surrender their paper certificates and electronically sign the digital certificates. This is a costly, complicated, and time-consuming process.

Most executives just don’t feel that this effort has enough strategic importance to justify the cost.

However, keep your eye on this concern because there is nothing about digitally certificated shares that would legally require a company to force its shareholders with paper certificates to turn them in. It’s just a quirk of the current technologies on the market.

This option eliminates paper stock in favor of a simple stock ledger that becomes the official record of ownership for a company. While in theory you could keep a stock ledger on paper, most companies use spreadsheet software like Excel.

This option has been around for a while. According to Wikipedia “book entry systems for recording securities have been noted from civilizations as early as Assyria in 2000 BC.” This approach has only gained in popularity with the advent of tech-based ledger systems.

As the Wikipedia article notes, “even during the period when paper certificates were popular, book-entry systems continued since many small firms could not afford printing secured paper-form securities.”

In its most limited and basic form, issuing uncertificated shares using a spreadsheet could be a completely free option for many companies.

Historically, companies using book-entry shares would usually enlist the help of an attorney who would certify the existence and authenticity of the shares. These attorneys would also help facilitate any transactions in the company’s securities.

Since public companies and LLCs have been using uncertificated shares for decades, the legality is well established in every U.S. state.

But spreadsheets can only take you so far. A large company will quickly find that their spreadsheet becomes unwieldy, and making everything balance out can be tricky.

Also, you can’t really share restricted access to a spreadsheet. If you want employees to have access to only their information, good luck trying to manage that.

For these, among many other reasons, few companies opt to keep track of uncertificated shares using a spreadsheet.

The third – and in our opinion the best – option for issuing uncertificated electronic shares is to use a web-based software designed solely for this purpose.

This approach gives you all the benefits of using a spreadsheet – low implementation cost, flexibility between certificated and uncertificated, etc. – with the added power of a web-based, purpose-built software solution.

Unlike spreadsheets, a web app can be more than just a ledger. It can have automation, accounting, sharing and compliance tools built into the system. You can connect it to other services and build on things like document storage, electronic transactions and so on.

Because this type of software is so valuable and so powerful, a new category of software has emerged: equity management software. 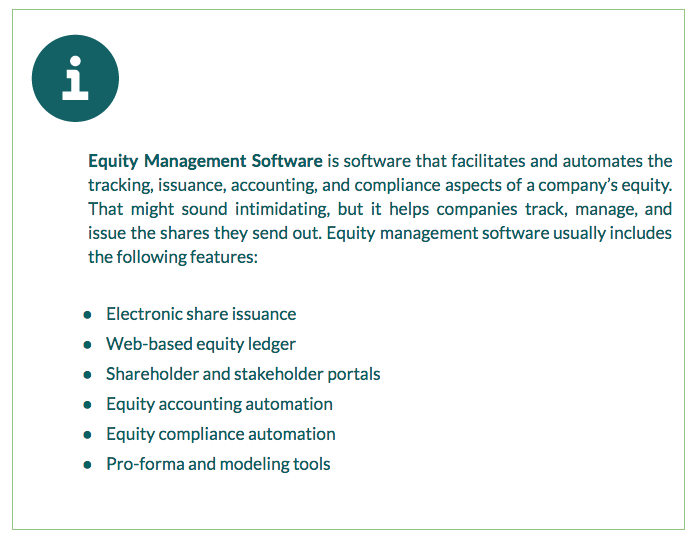 While most vendors in this category will charge you for the software, you usually save a ton of money and hassle over the alternatives.

Here is a summary of the pros and cons of the different ways of issuing electronic shares. 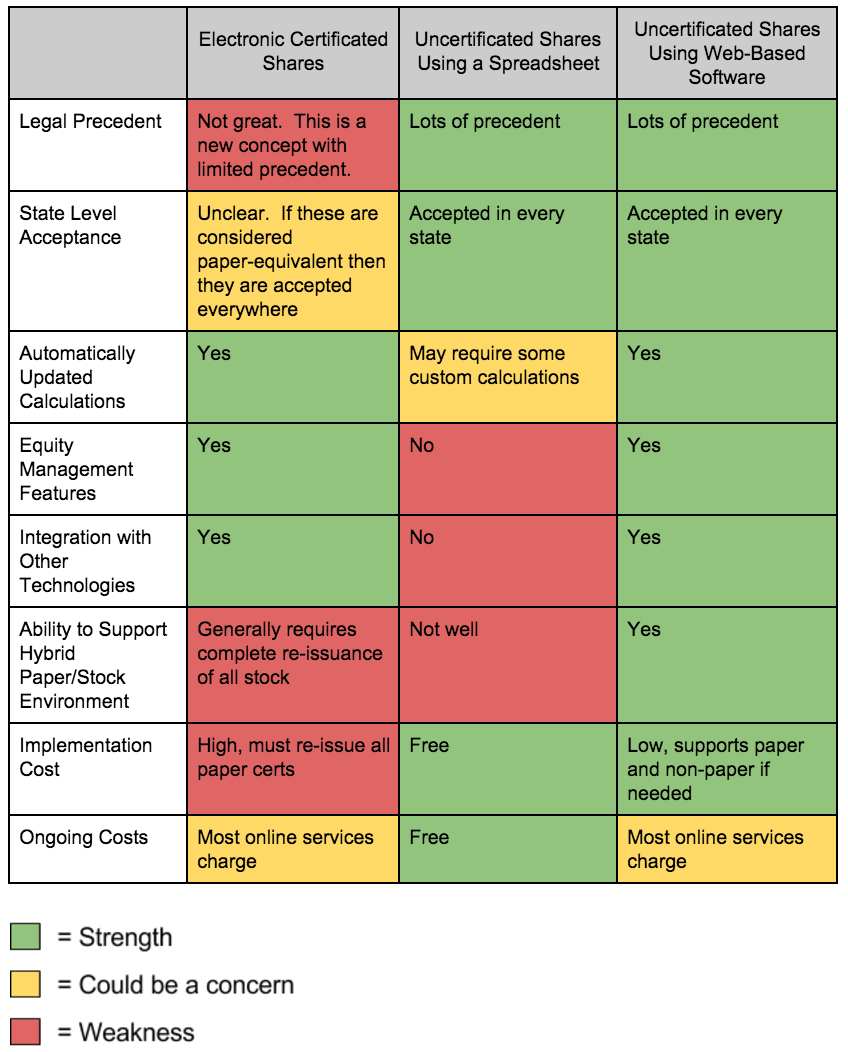 Also here is a link to a comparison of the state-by-state laws regarding uncertificated shares in the USA. Please note we are still tracking down some of the information so check back frequently for the next few weeks.

Making the Switch to Electronic Shares

Electronic uncertificated shares may not be for every company, but they can definitely save time and money for most. And in the not-too-distant future companies that issue stock certificates (paper or PDF) will likely be in the minority because:

Certificates just don’t make any sense with today’s technology. Be sure to avoid some of the common issues and pitfalls that can occur when you move over to electronic shares though. 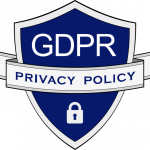